The Goodtimers Club is a fraternal group that socializes and enjoys sports together.  We have been together for over 50 years. The club began as a way to support a Sunday football team that many of the members played for.

Today, the football team is gone, cleats have been traded for golf shoes and we attend more sporting events than we participate in, but the organization and unity continues.  The demographics of our club are as varied as the neighborhoods of Cincinnati.  Our membership includes truck drivers and dentists, electricians and printers, home builders and salesmen and now even a few retirees.  Although we have diverse backgrounds, we share common values.  We are fortunate to live as we do, where we do and we have a desire to “do something that makes a difference”. 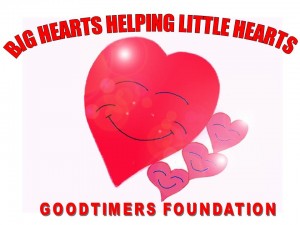 The Goodtimers Foundation is an all volunteer Ohio Non-Profit Corporation recognized by the IRS as Tax Exempt under section 501 (c) (3) of the Internal Revenue Code.  FED ID 90-00367631

The Mission of the Goodtimers Foundation is to engage in activities that demonstrate support for our public servants and raise funds for the benefit of their agencies and other worthy causes in our community.

The Goodtimers Foundation was born out of the September 11, 2001 terrorist attack on our country.  It was a real awakening for all Americans.  We soon realized that our true heroes don’t hit home runs or throw touchdown passes.  We found a new appreciation for the public servant; specifically our Police, Firefighters and EMS personnel.  As did many Americans we asked ourselves, “What can we do”?  In response we decided to organize a motorcycle rally to raise funds for the benefit of the Police and Firefighters of New York City.  Thus was born FREEDOM RIDE “A Call to Unity”.  Along with Clear Channel Communications, WEBN and a lot of help from Goodtimers family and friends we managed to bring together nearly 1000 motorcyclists for the rally and over 1200 people for the post ride concert.  The event raised more than $35,000, which we donated to the Clear Channel Relief Fund.

As a result of our success and the feeling that patriotism and philanthropy are not just “one time” things, we decided to make FREEDOM RIDE an annual event, distributing each years’ proceeds to our local law enforcement agencies and community charities.  To-date, our Freedom Ride and “Big Hearts” events have raised and distributed over $316, 000 back into our community.  Through the years, our beneficiaries have included; The Children’s Heart Association, Cincinnati F.O.P. Police Memorial Fund, Hamilton County Sheriff’s D.A.R.E. program, the Sharonville Police Community Service Fund, and the Colerain Township, Mt. Healthy, North College Hill, Wyoming Police Departments.  We have continued to support both local charities, our first responders and veterans including Honor Flight Tri-State, the Michael W. Bany Scholarship Fund and “Care Packages” for our U.S. Military Personnel serving around the world.

Use Amazon Smile to make a direct donation to the foundation every time you make an Amazon purchase.  Please select Goodtimers Foundation as your charity.