INCEPTION OF THE SOCCER TEAM
by Mike Behr 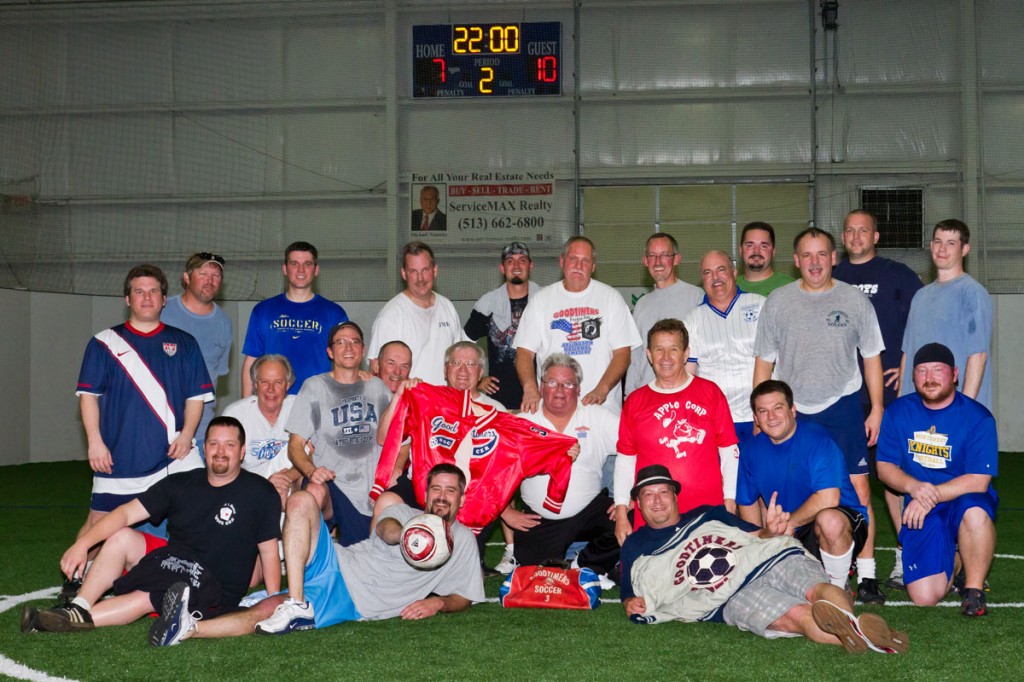 As you know we were playing Sunday Football. Mike Burke was playing with us and also played soccer on a team with Mike Cannon. He invited some of us to practice with them at Aiken High School’s practice field. At that time they were playing in what was called (I believe) a coach’s league formed by the Cincinnati Recreation Commission. As best I can remember the league was formed for guys coaching SAY soccer so they could get an idea what the kids were trying to do. As it turned out there were teams made up of foreigners and some pretty good players. And then there was us. Anyway, we decided, just for the fun of it and to get in shape for football, to join the league and play in their Spring league. This was sometime in the early 70’s. I believe I may even have a schedule from 1972.

So, we took our gold football pants, cut them off just above the knees, strapped on our cleats and began to kick ass!

A few years later, Kenny Blaylock, myself and a few others started our own 30+ league down at Ross High School. The league started with 4 teams and grew from there. Sometime after that we moved the league to the Goodtimers Grove and played there for a number of years.

From there I’m pretty sure we moved up to Kolping Grove on Friday nights. Kolping discontinued that league and for the most part our outdoor team. By that time we were all playing indoor at Soccer World.

Soccer World closed and the 40+ came over to Soccer City. A few still played both. Eventually the 40+ came to an end. The 50+ is still going strong.

Once again Kenny was showing his age so we started a 55+ league for anyone who showed up.

As of this writing the 50+ is still going strong as the Goodtimers. Jim Wray and Mike Cannon are the only 2 active players from the old days.